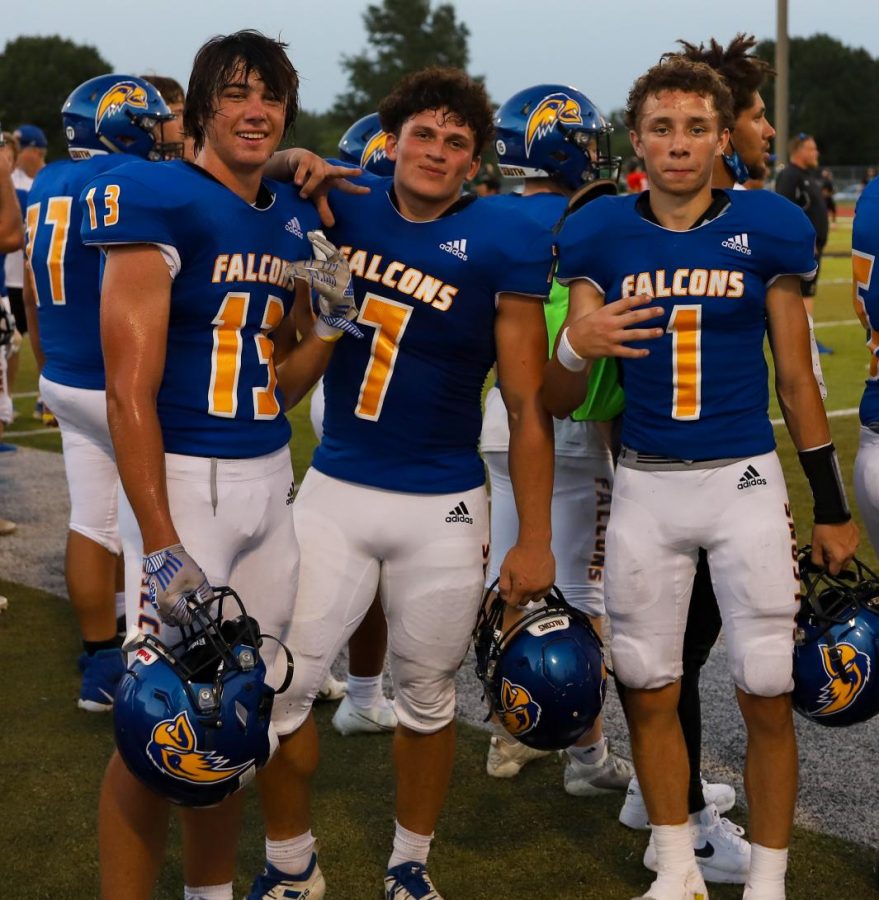 Blake Jouret is the unanimous best athlete at his respective school statistically and athleticallyThe undefeated wrestler and state champion hopeful can strike fear into anyone. Currently ranked highly in state, he has won thirty-five consecutive matches. He will more than likely wrestle at the collegiate level and is now back on the football team where he will play inside linebacker and running back.
Jouret’s decision to take a year off from football was never really a choice.“Because well I’m a football player, it was never my choice to not play. I have just been unlucky with injuries but I’m hyped to play again,”Jouret said. He will be wearing number 7 this year for football. “Hey isn’t that usually the result of a touchdown, 7 points?” Jouret states. With the ability to take the team on his back, it’s no wonder Jouret speaks with such confidence.
Jouret was an incredible football player his freshman year, where he rushed for hundreds of yards and scored multiple touchdowns. That came to a halt after his sophomore season when his shoulder came out of place and prevented him from dominating another sport. However, he didn’t let the injury take away his most loved sport, wrestling. His 13 year career has been nothing short of a success, as he is just as dominant as his brother, Nick Jouret was.
“My brother and whole family were the biggest influence on me by far.” Jouret said.“I grew up watching them dominate in sports and excel at everything they do I wanted to be just like them, Jouret nation”
Another good attribute of Blake Jouret is his willingness to put others first. When being interviewed he often talks about the team first before himself. Using pronouns like “we” before “I” shows leadership and selfishness. Shows integrity and how the discipline from his sports have impacted him as a person.
When asked about how the Jouret nation came about he responded with “So basically JouretNation came from when I was a little kid, I remember going to my brothers practices and stuff with my dad and we would talk about making our own country called Jouret Nation” Jouret explains that he was invested in establishing their own civilization. “well I was 100% on board and excited and my dad didn’t know I thought we were for real so it just kinda became a meme in our family”
He elaborates on how Jouret’s can do more than the average person and that they have a different mentality “Now that we’re grown there’s something kinda special about that name…not many people can do what Jouret’s can do so there’s just a certain amount of pride to carry that name with the highest degree of excellence.”
Jouret is not only respected for his on the field play and performance on the mat, but also as a person all around. Many see what he’s talking about when he says “Jouret nation.” It stands for the mold that comes from being within that family. Show out at wrestling matches and football games to support Blake Jouret this year in what should be a career year for him.