Royals start season hot, but is it sustainable? 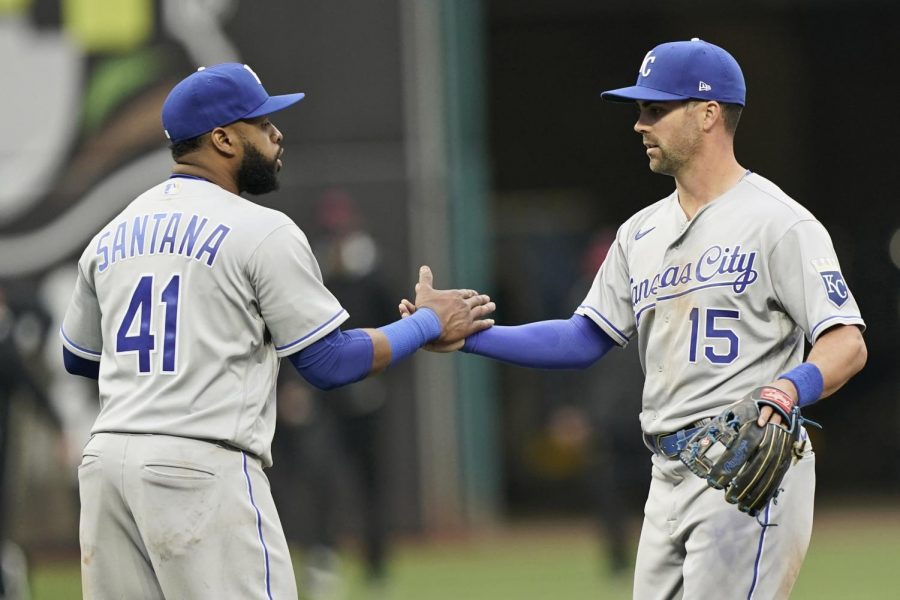 The Kansas City Royals have gotten off to a hot start in 2021, going 3-1 through their first four games and averaging nearly eight runs per game. The start has Royals fans excited and already talking about a potential playoff run, but some are questioning how realistic that really is after coming off a season with a 92-loss pace.

It should go without saying that the offense will not keep up this pace throughout the 162-game season; the American League record for most runs per game in a season is just under seven runs per game, a record set by the 1931 New York Yankees, a team that featured Babe Ruth and Lou Gehrig. The most similar hitters to them in this year’s Royals lineup are Jorge Soler and Carlos Santana, who are formidable, but certainly not Hall of Famers by any means.

There is only one hitter in the Royals’ starting lineup to have an OPS under the league average, which probably also will not be maintained through the season. Four of those hitters have a career OPS+ less than 10% above league average which, while impressive, very much suggests that this pace won’t be maintained. The one hitter below league-average is the recently acquired Andrew Benintendi, who is a stunning 95% below average. He recorded a hit in his first Royals at-bat, but has hit a paltry .118 since then. He is sure to improve at some point in the year, but for now he is the lone cold bat in the lineup.

Royals starting pitchers have been as abysmal as the hitters have been great; the only quality start a Royals pitcher has had this season was by Danny Duffy in the series opener against the Cleveland Indians. Other than that, the starting pitching has been atrocious with Brad Keller, Mike Minor, and Brady Singer combining to allow 15 runs over 10.2 innings pitched, but three of these pitchers are much better than their 40.50, 6.00, and 13.50 ERAs, respectively, and will put things together in their next couple starts.

The revamped bullpen has been one bright spot, as veterans Wade Davis and Greg Holland have complemented rookies Jake Brentz and Carlos Hernandez very well. Players with some experience have fared admirably too, as Scott Barlow, Jake Junis, and Kyle Zimmer have combined to throw 9.1 scoreless innings, which manager Mike Matheny will definitely take from his star relievers.

So will the Royals be able to carry this throughout a whole season? No, but the team being competitive again is a nice payoff for having to make do with 60 games over the past 18 months. With a potential playoff run combined with fans being allowed into Kauffman Stadium again it is sure to be an exciting season for Royals fans.