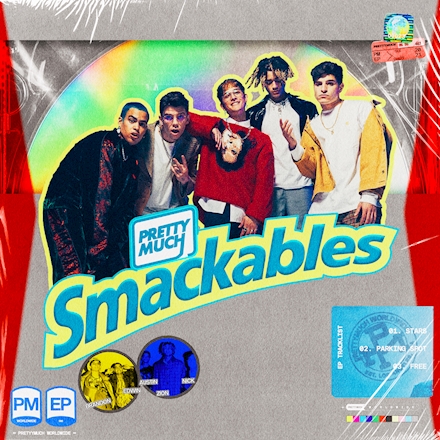 On Jan. 29, boyband PRETTYMUCH released their fourth EP, ‘Smackables.’ They have released multiple singles that aren’t on any of their EPs. There are only three tracks on the album, as opposed to the previously assumed six.

The second track is ‘Parking Spot.’ The song has more of a rap/hip-hop feel to the song than most of their other ones. The song is about losing a girl and missing her, being lost without her. The second verse, sung by Zion Kuwonu, is a rap and it sounds really good. Kuwonu has previously rapped in another track, ‘Phases.’ He is the only member who raps, besides the song ‘Up To You’ on their INTL:EP which has a rap verse sung by Austin Porter.

The third, and final, track of the EP is ‘Free.’ The song is about being in love when you were younger and being in that same relationship, but knowing it’s not going to work out anymore and trying to break up with that person, but they’re making it difficult. The lyrics being “If you really love me then you’ll let me set you free.” The track is slower than the other tracks in the first verse and the chorus. It speeds up in the back half of the song though.

The EP is overall a good one, it’s a different sound, as promised by the members when they signed a new record label. This EP is my second favorite of theirs, only under their second EP ‘Phases.’