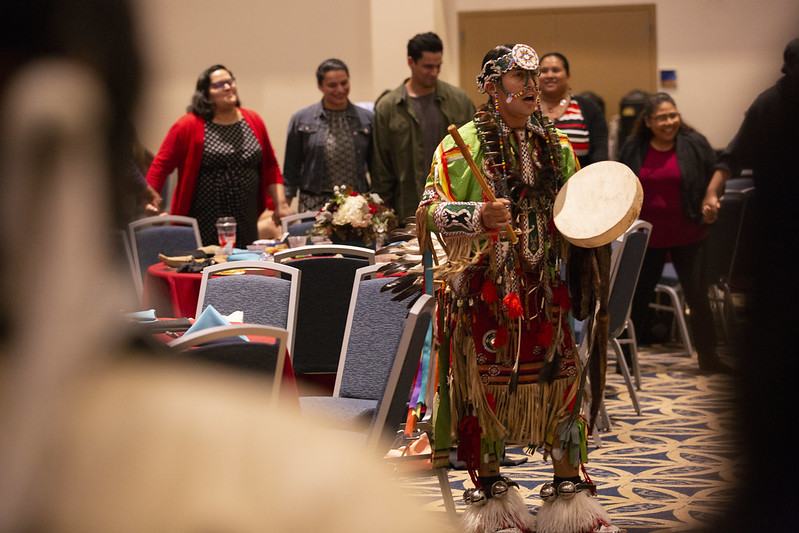 A performer at the 2019 Native American Heritage Month Celebration and Recognition event at California State University shows the crowd music, instruments and clothing from his culture.

The main focus of Native American Heritage Month is to educate those unfamiliar with Native American culture and challenges that they faced both historically and presently. Many sources, like the National Congress of American Indians and NativeAmericanHeritageMonth.gov, provide access to webinars, short films and books by Native American authors that offer educational insight and a more interesting way to learn about their history and culture. For younger people who want to get involved, CNN.com and Family Tree Magazine have articles detailing crafts and recipes to try, American Indian Heritage sites to visit, as well as businesses owned by Native Americans to support in honor of this commemorative month.

Native American Heritage Month is the perfect opportunity to get involved and connect with people of different cultures and learn about and appreciate the diversity of the nation. While 2020 may be a harder year to celebrate with so many things to worry about, it is important to take some time to recognize the importance of the month and honor the people who are often overlooked and left unacknowledged for their major impact on history and the world.