A vote for Trump is a vote for continued success 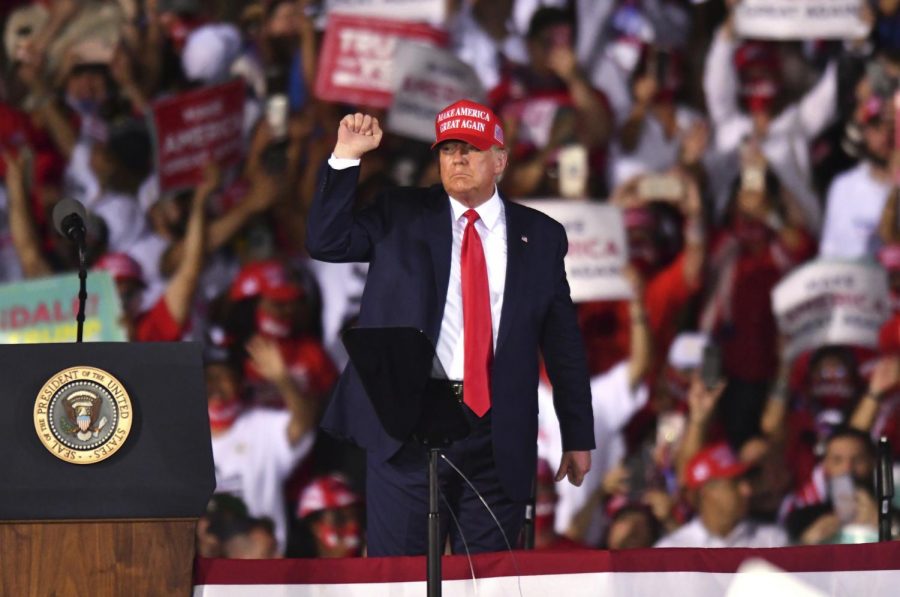 President Donald Trump’s tenure as the United States’ leader may be in its eleventh hour, with most major news outlets projecting his opponent, Joe Biden, to run away with the election. However, Trump losing will not be a good thing for the country, as though most media outlets pin him for everything he does, reelection would allow him to expand upon what good he’s done.

One of the biggest issues in the United States is the rate at which people are testing positive for COVID-19. Trump has claimed this is because the United States is testing at a higher rate than any other country. While that isn’t entirely true, the United States has conducted about 441 tests per 1000 people. The only country with a higher reported rate of testing is Iceland (531 tests per 1000), which has a population 0.108% of the United States’. The positivity rate is actually in the lower middle of the pack compared to all other reporting countries. Additionally, Trump actually was relatively proactive in trying to prevent spread to the country, as he stopped travel to China before many other countries did, amid cries of racism.

While he may not be Abraham Lincoln as he and Biden both joked, Trump has been better to the minority population than most give him credit for. He has vowed to declare the KKK and Antifa as domestic terrorist groups, and signed an executive order that called for more training of law enforcement officers and established a national database for police misconduct. Unemployment rates for black Americans, as he’s boasted plenty, reached an all-time low before the pandemic struck, sitting at a microscopic 5.9%.

Biden’s gun control platform includes expanding the mandatory $200 fee currently associated with machine guns. He wants to expand it to include “assault weapons,”which would cover semi-automatic rifles, shotguns, and pistols. With how expensive firearms already are, this $200 makes it much more difficult for low-income families and store owners to protect themselves in case of an armed attack or robbery, and likely will make working-class families think twice about purchasing that brand new Colt. Even worse, those who bypass that fee would be subject to up to 10 years in prison and up to a $10,000 fine. High class families will be able to pay that fee and any more that Biden would throw at them. Though yes, gun reform is needed, merely making it more expensive is not the solution.

Many also point to Trump’s economy since March, which plummeted much like it did during the 1918 Spanish Flu pandemic. The reality is, prior to that point, the Dow Jones Industrial Average was as high as it had ever been, and blaming the president, as some are doing, for this drop is simply foolish. Many countries are still experiencing the effects of recessions or depressions due to COVID-19, so it isn’t just a United States problem. Though the country is again seeing a recession due to fear from a second wave, a vaccine will surely right the economic stability again.

A leader should also have good character traits, and Trump is no stranger to those. He expects nothing but the best work from his staffers, and second-best isn’t good enough. The man is constantly working as well; his former Chief of Staff, Reince Priebus, said that Trump was the only man he had ever met who works harder than he does. This is evident from his sleep schedule, as he will be tweeting as late as midnight and will be back at it bright and early the next morning at 4:30. It also could be why he’s the first president since James K. Polk to not have a pet while in office, as such distractions have been deemed unnecessary. He is also uninterested in playing the political talking game; he will say what he thinks about a topic with no filter, a much-needed trait in today’s climate of feelings and political correctness.

While the vast majority of voting Americans have known who they will be voting in favor of for a long time, the still undecided voters have the potential to swing the vote in favor of President Trump. Most news outlets are reporting that this election will be a runaway in favor of Biden, but this could be because people are simply afraid to pledge their support of Trump because of what their neighbors or friends could think, and if there are enough of those people, the country could very well be looking at four more years with President Trump at the helm.