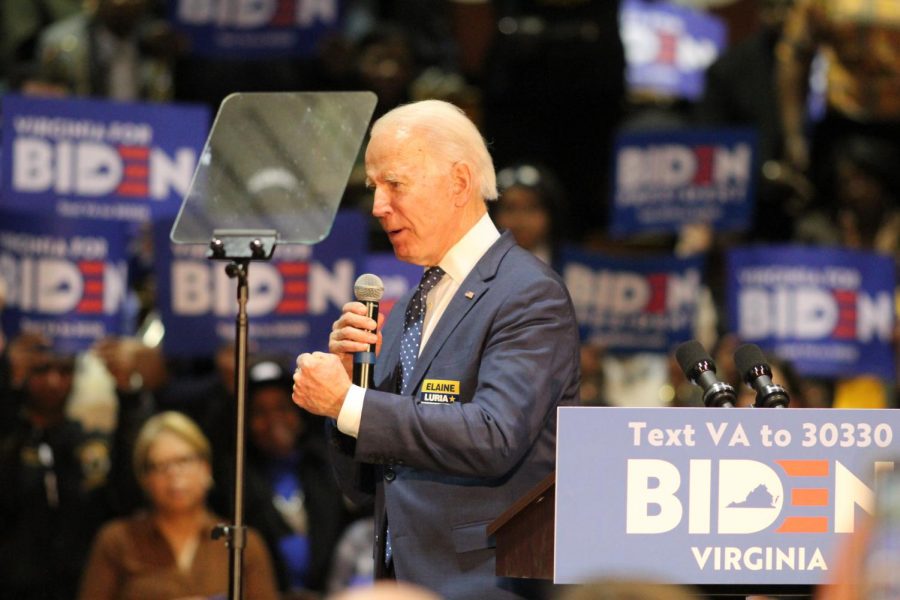 Joe Biden delivers a passionate speech at one of his rallies.

Joe Biden is projected to defeat Bernie Sanders in Michigan, with his overall lead in the Democratic primary at 846-683 as of March 11. Biden also won in Mississippi and Missouri, which is the second straight primary that Sanders has lost those two states. The Michigan loss for Sanders is significant because he won in 2016 over Hillary Clinton, though he has managed to nab Nevada and California so far after losing them in 2016.

With two-thirds of the vote counted in Washington, Biden and Sanders are about dead even, which was also the case with Idaho until Biden pulled ahead and was declared the winner, taking the 20 delegates that go along with it. It was also reported by the Associated Press and Fox News that Sanders won North Dakota, which gives him an additional 18.

So far it is looking like Biden’s race to lose; he has collected 37.69% of the popular vote to Sanders’ 30.25%. He has amassed a 163 delegate advantage over Sanders and is now almost halfway to the required 1991 to officially become the Democratic nominee for the presidential election.

If the 2016 primary results are anything to go by, Sanders will not win any states in the South, including the not-yet-called Florida, Georgia, Kentucky, and Louisiana. It is also expected that Biden will win his home state of Delaware, just as Sanders won Vermont.

Tulsi Gabbard is the third major Democratic candidate that is technically still in the race; however, the representative from Hawaii is not expected to win any states. Michael Bloomberg, who has suspended his campaign, did not win any states, but he did win American Samoa. Additionally, Pete Buttigieg won Iowa before dropping out of the race. Notable candidates that have also dropped out include Amy Klobuchar, Elizabeth Warren, and Andrew Yang.