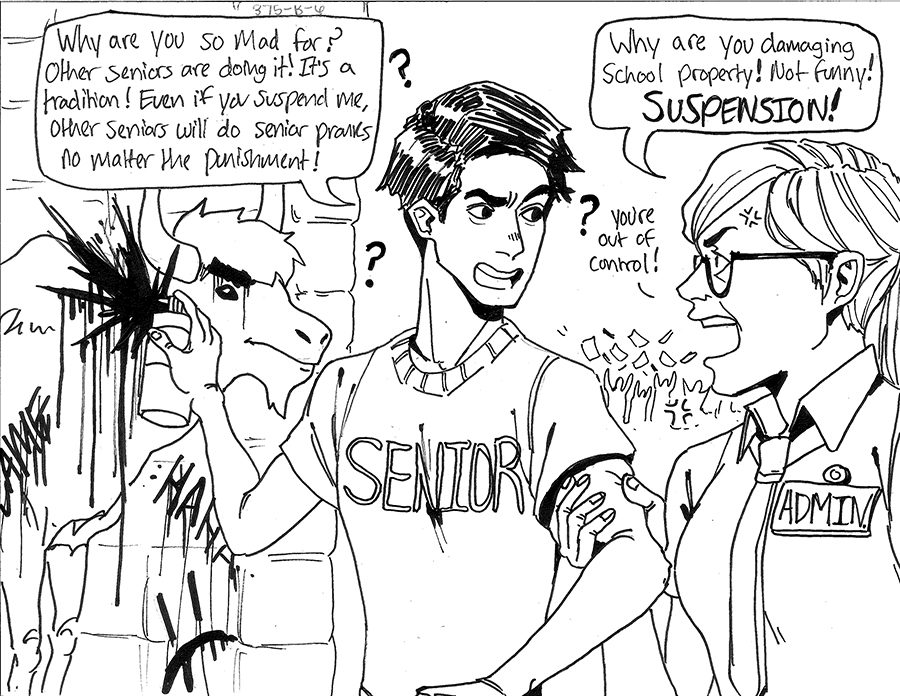 This is the editorial cartoon that Megan Pham, senior, received an honorable mention for at the state KSPA contest.

According to Allen, the headline portion was a “fun little mental exercise” because students can’t “reuse the same word, and you have to make it fit the space.”

Students competed on Saturday, May 6, against only 5A and 6A schools. Some competed on site at the University of Kansas and some competed by sending in electronic submissions.

There were four regions for the 5A/6A regional competition, and each region could qualify six students. Therefore, each student placed out of around 24 others.

The students were judged by professional journalists.

Results for the entire contest are on KSPA’s website.