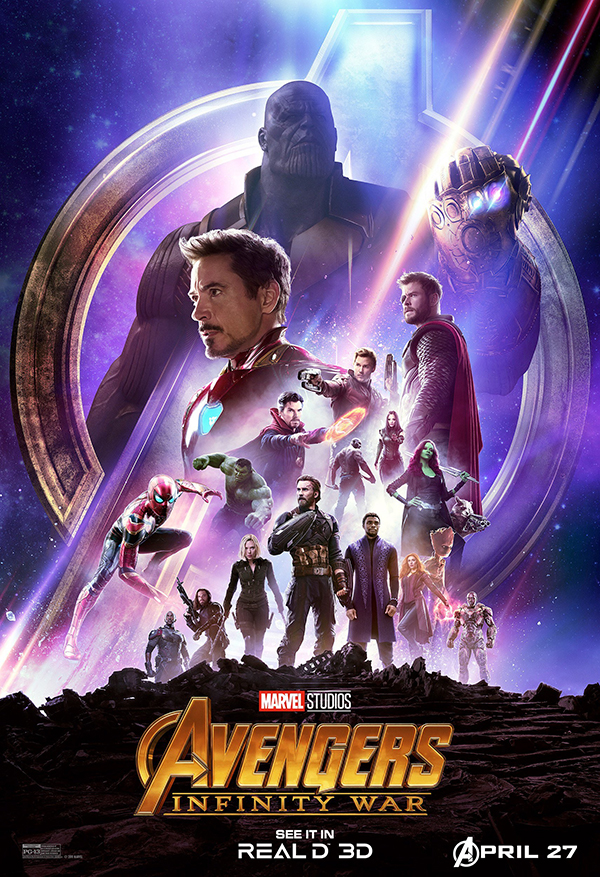 “Avengers: Infinity War” opened April 27 and made $257,698,183 on its opening weekend because it has a giant cast of characters.

There was a concern that fans wouldn’t get to see some characters very often or at all, but the movie does a wonderful job of giving every major character a spot to shine.

The script for this movie was fantastic; the producers and directors did a great job balancing humor and serious moments throughout the film.

Robert Downey Jr.’s performance of Tony Stark/ Iron Man was great because of the humor and brains that the character has.

Tony Stark goes though a major character arc in this movie when we see him interacting with Spider-Man (Tom Holland).

Thanos (Josh Brolin) in “Avengers: Infinity War” left fans wanting to know even more about the character, who he is and the motivations behind his goal, and Brolin does a fabulous job of portraying the character.

The audience gets to see The Hulk, aka Bruce Banner, (Mark Ruffalo) bring in some comedic value, such as when Thor (Chris Hemsworth) makes his entrance in the fictional country of Wakanda, but there are many jokes that pop up that have the whole audience laughing.

The relationship between Nebula (Karen Gillan) and Gamora (Zoe Saldana) was heartbreaking. The characters didn’t get to interact with each other much, but the small amount of screen time that they share made an impact that affects the rest of the movie.

Vision (Paul Bettany) and Wanda or Scarlet Witch (Elizabeth Olsen) also made the audience want more of these characters.

The interactions between Stark and Star-Lord (Chris Pratt) were one of the stronger character dynamics that were seen.

Doctor Strange (Benedict Cumberbatch) was a more serious character. He didn’t really want to get close to the other characters, trying to keep the Time Infinity Stone his main priority.

The children of Thanos were a surprise.

Viewers hadn’t really seen or heard of these characters before, and the heroes ended up fighting them for most of the movie before Thanos even shows up.

Overall the producers and directors did an outstanding job.

The script and plot were well thought out and left the audience shocked and with lots of questions circling through their heads of how the story is going to continue.