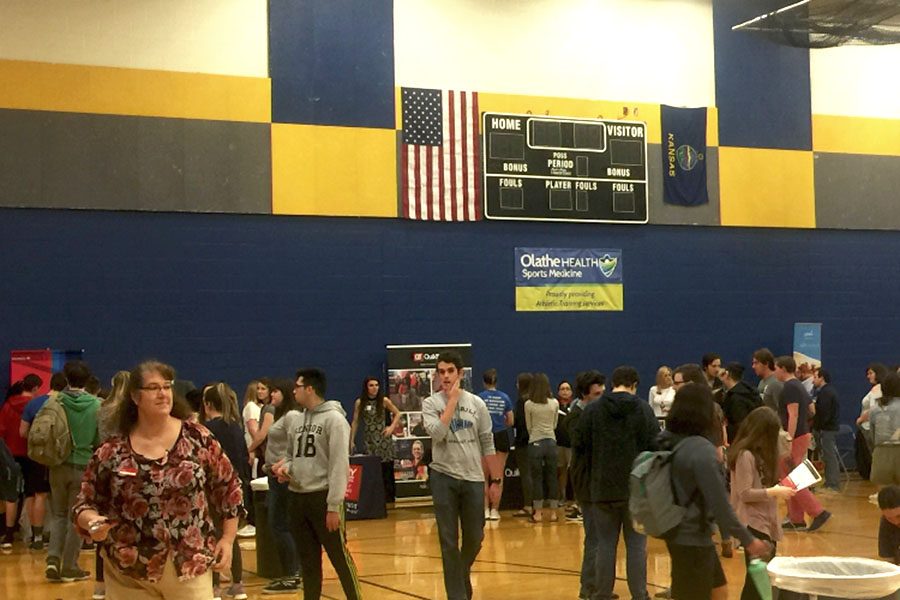 The career fair on April 26 allowed students to talk one-on-one with local companies’ representatives in order to be educated about the job market and to set up future job possibilities.

With over 30 employers in attendance, both the Junior and Senior class were able to explore a wide array of different opportunities ranging anywhere from industrial engineering to beauty salons.

While some companies had few visitors, area-headquartered businesses such as Garmin International and the North American TVH Parts Company Branch often had large crowds of students gathering to learn about the company.

The company booths also used various tactics to bring attention to themselves. While some give away trinkets such as keychains, fidget cubes, and other interesting items, companies like Morgan Miller Plumbing allowed student volunteers to have a hands-on experience with equipment they use in the workplace. Garmin International even hosted a challenge for solving a Rubik’s cube in under one minute to win a tote bag.

Alongside the local businesses, there was also a booth where students could register to vote, and three branches of the U.S. military were also represented with their own tables. The City of Olathe and Olathe Public Schools HR also attended the fair.

“There [was] truly something for everyone,” Rebecca Reyes, event organizer, said.