What has Ryan Mitchell got cooking in the kitchen? 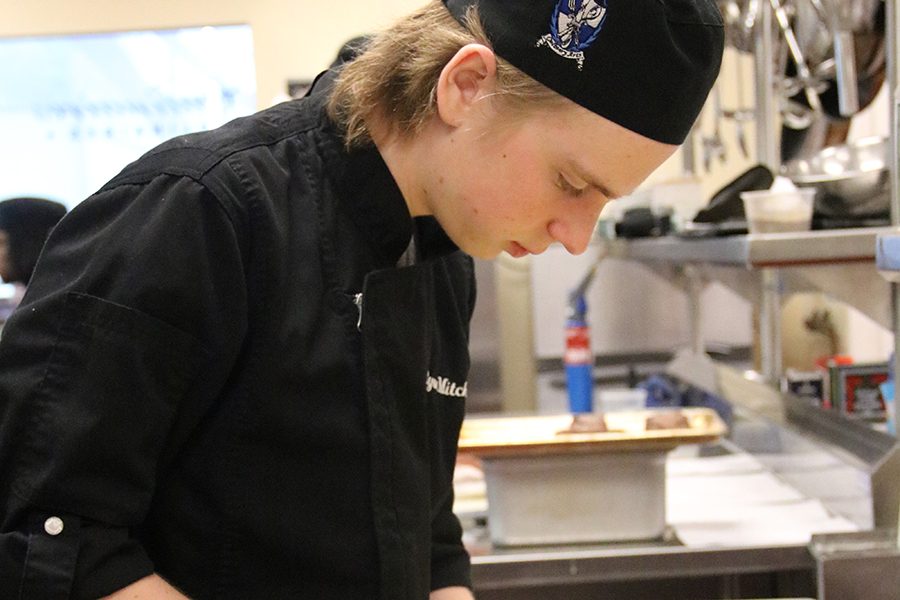 Throughout the years, senior Ryan Mitchell has found his true passion in culinary arts.

“I volunteered at the restaurant every month,” Mitchell said. “I just fell in love.”

A favorite memory of Mitchell’s is the time he was left to work mostly for himself on restaurant day, yet still held his own under the pressure. In the end he was congratulated by the head chefs.

The program at North also hosts banquets and luncheons for district-wide and sometimes public activities (with reservations).

Mitchell’s love for the culinary arts was found in that kitchen.

“I never really enjoyed cooking before [the restaurant],” Mitchell said.

Most days are spent cooking in the class, which last for about two to three hours at the beginning of Mitchell’s day, depending on whether it is block day or a seven-period day.

“We focus on a different culture every couple of weeks,” Mitchell said.

Recently the class has been focusing on foods from the islands in the Southeast Asia region.

Mitchell is also involved in orchestra, Orchestra Leadership Team and German Club, along with culinary.