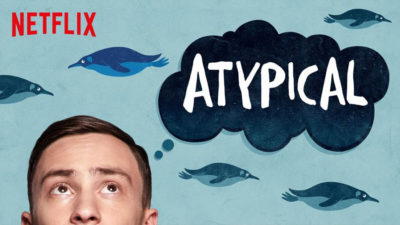 With only one season down, Netflix users have been caste under the spell of the delightful, coming of age comedy, “Atypical.”

The series captures an 18-year-old boy, Sam (played by Keir Gilchrist), who is on the autism spectrum and is advised to step out onto the dating scene by his therapist, Julia (played by Amy Okuda).

As Sam searches to find his perfect match, his mother, Elsa (played by Jennifer Jason Leigh), finds it difficult to cope with his new lifestyle. This soon creates tension in her marriage with Sam’s father, Doug (played by Michael Rapaport).

Sam’s younger sister, Casey (played by Brigette Lundy-Paine), is a destined track star who faces a difficult decision between a prestigious track scholarship and her life with her brother and her teammates.

Overall, “Atypical” is a unique dramedy that will keep audiences engaged. The second season is set to be released this August.

“Santa Clarita Diet” is an unusual and entertaining Netflix series that covers the life of a suburban family trying to lead a normal life even though they have a zombie in the family.

Although sometimes gruesome, the show will evoke laughter through its ridiculous plots and quirky characters.

Queer Eye is a fresh update on the original, “Queer Eye for the Straight Guy.” The concept is the same: a group of five flamboyant men find men who aren’t living their lives to the fullest and go on a journey to fix it, while entertaining, while simultaneously calming, the viewers. Each of the men have their own area of expertise: food, fashion, design, culture, and grooming.

The jokes the “Fabulous Five” make throughout the show will have you in hysterics. Ending the show is the big reveal: the man’s home, new wardrobe, food choices, and hairstyle are put on display for his family and friends. “Queer Eye” will make you laugh, cry, and fall in love with every special guest.