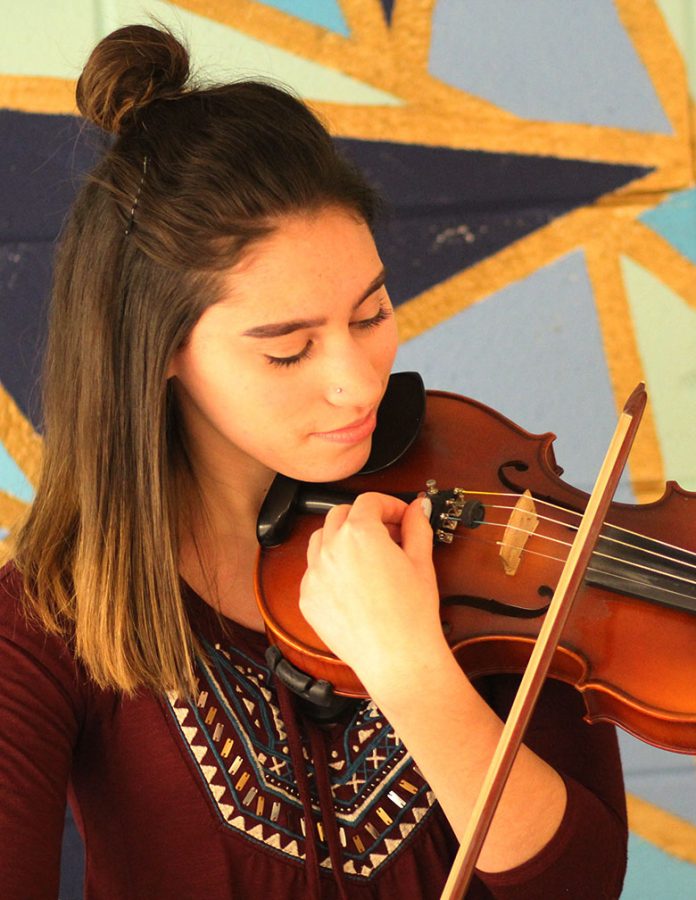 Throughout the years, Kelsey Brown, senior, has found her passion in music.

For a large portion of her life, Kelsey Brown has been joyfully expressing herself through the musical instrument violin.

Brown has been participating in orchestra since the fifth grade.

“I had my first concert in the fifth grade. I was so excited. I don’t remember it that well, but I know we were all bad,” Brown said.

Brown’s most favorite thing about orchestra is how the members of orchestra band together to create “something special.

Orchestra recently performed at the Kauffman center, but that was not her most memorable performance.

“My sophomore year we played at KMEA. We worked really hard and it ultimately paid off,” Brown said.

“I am going to try out for K-State’s orchestra. I’m a little nervous,” Brown said.

Brown not only invests her time perfecting the violin, but she has also been playing guitar. Which she practices at home in her free time.

“My friend learned guitar when i was younger, and I just picked it up,” Brown said.