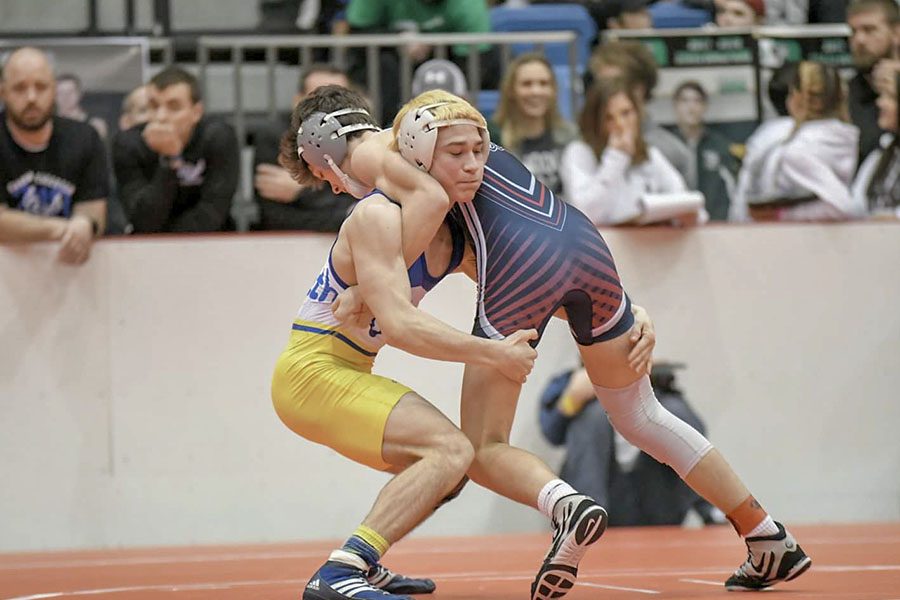 Jace Koelzer has been wrestling since he was 5 years old.

Koelzer has been wrestling for 13 years, competing for the school all four years.

Koelzer has won at state multiple times and even competed at nationals with Team Kansas.

While Koelzer is involved in other activities such as Spanish National Honor Society, Advanced Chamber Choir, and Rubix Cube Club, he focuses on wrestling.

“Wrestling has always been number one for me,” Koelzer said.

Koelzer grew up in a family that wrestled for generations, and he has been wrestling since  he was 5 years old. Koelzer has traveled as far as California for a competition.

Although he hopes to travel internationally for competitions later this year, keeping up with all the traveling can be hard.

“It can be really stressful at times; I miss a lot of school. So I try to just keep up with my teachers on that. You just have to be responsible,” Koelzer said.

As for college, Koelzer committed himself to the University of Northern Colorado.

After winning state his sophomore year, Koelzer received an email from the school and after visiting, fell in love with the school.

WHAT tradition have you done longest?

Everyone going to state bleaches their hair.