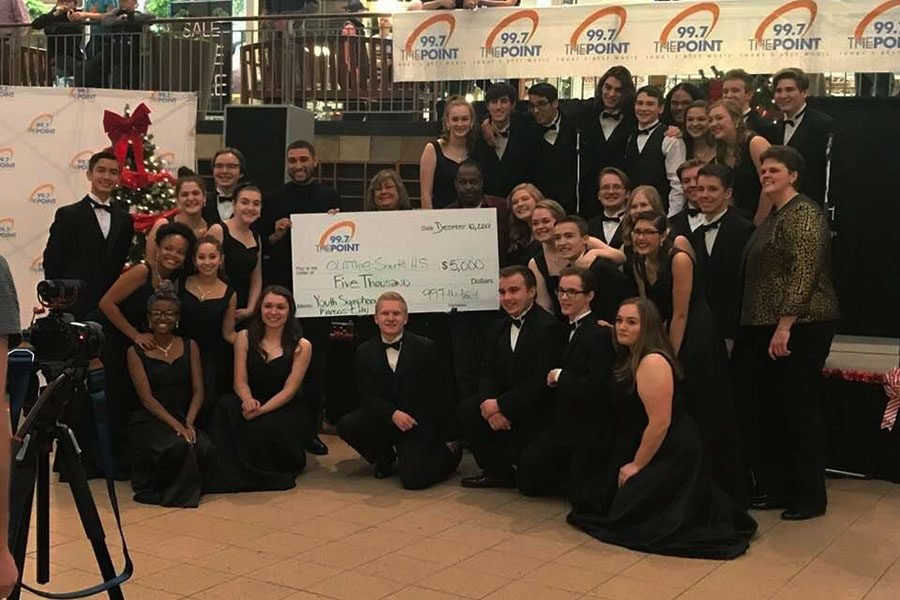 Choir students celebrated with a picture after finding out they won the competition.

South choirs have recently been awarded a large sum of money.

The Southside Singers were given $5,000 when they won first place in the 99.7 radio contest in December. The 29 members recorded their rendition of “Do You Hear What I Hear” and sent it to the radio station, competing against other Olathe and Missouri schools in a voting contest. The top performances played on the radio. Then the public visited the 99.7 website and voted in a poll.

“All the schools sent in their stuff, then they narrowed it down to eight.” Maya Burke, junior, said.

Southside rehearsed every day for at least an hour to prepare for this performance. In the end, it won them $5,000 to spend and a chance to perform at the Independence Mall in front of judges, other choirs and the general public.

Part of the money has been spent on a grand piano for the choir accompanist, Bonnie Wilhoit. The next purchase may possibly be an artist piano bench to go with it.