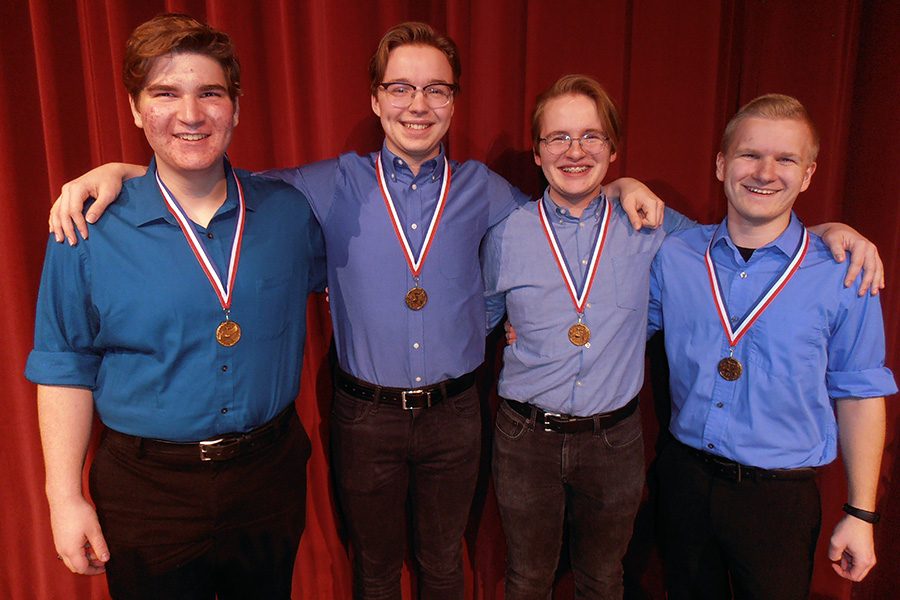 The group When Pigs Fly received a gold medal at the Harmony Explosion competition on Feb. 24. Group members are (from L to R) Jaimeson Satterfield; Jonathan Swanson; David Swanson; and Dalton Hayse.

The competition took place at Olathe East. Out of the six groups participating, all groups placed. Two placed silver and four placed gold.

One of the silver placing groups was B Sharp, consisting of Solomon Webb, sophomore, and Dylan Stuart, Cameron Yerkes and Nick Harris, juniors.

They practiced “every day on Monday, Tuesday, and Thursday during school,” according to Stuart. The group also practiced on several weekends.

B Sharp was “proud of their placement; [it’s] not bad for the first time,” Stuart said.

Stuart advises anyone in barbershop to “be confident. Let the audience hear you with pride.”