How does Josh Leone stay afloat with his activities? 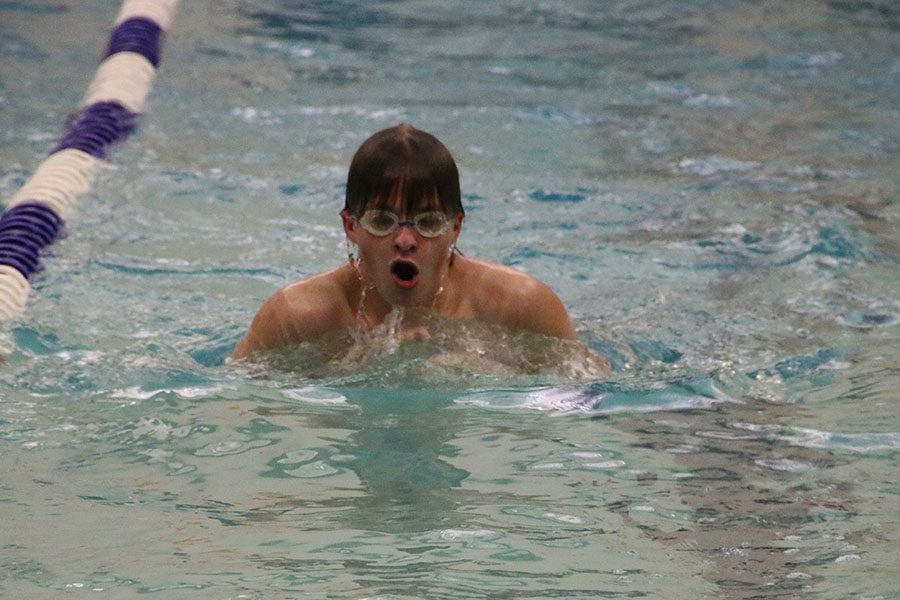 Josh Leone, senior, has been on the swim team for four years and plans to go to Germany in the future.

Leone joined the swim team because he felt he was unathletic and thought that swimming would be a good fit for him.

For Leone, swimming competitions are intense. One second he’s cheering for his team mates and the next thing he knows he’s on the block ready to compete.

“They are intense. They are really fast-paced and it’s over quickly but in the moment it’s very intense,” Leone said.

After high school, his future plan is to study abroad.

“I just applied for a scholarship to go to Germany for 10 months for an exchange program so hopefully that goes through,” Leone said.

Leone hopes that studying abroad will improve his German.

He also plans to go to Johnson County Community College for a few years to get his college credits.

Leone recommends that for anyone who wants to be involved in lots of activities is to prioritize what they want to do.

“I feel like every activity I’ve taken a part in has taught me some life lessons that I will carry through with me for the rest of my life. I might not like every aspect of it, there’s something to take away from each class and activity,” Leone said.