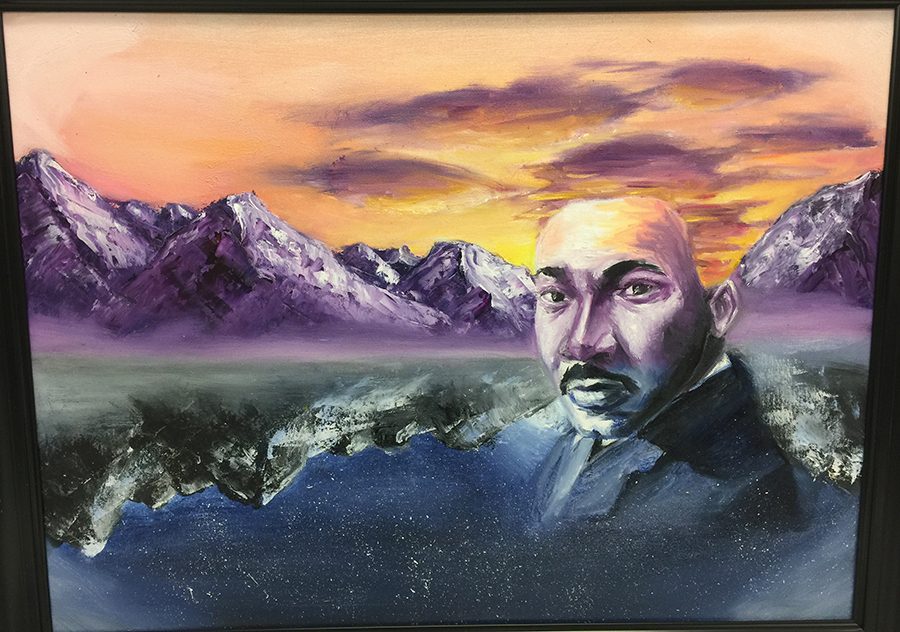 Candy Birch, assistant principal, said, “It’s a pretty wonderful thing that even though we don’t have close to the most entries, we always have really good quality stuff.”

Teachers like Roger Messersmith, art teacher, have done a great job at encouraging students to compete and show their skill which has been a big part of the reason the entries are so well done.

She said that it is one of the “most heartfelt things” the school has ever done because it asks the students to stop and think about how King’s words still impact us today.

The way the competition runs is that there are three categories: written work, visual art and multimedia. Birch stated that the artists have a double responsibility because they not only have to incorporate the theme into art, but also explain it thoroughly to be judged.

This year all the art was put up for display with numbers on each and the teachers got to vote for their favorite entry. The entries with the most votes in each category will be sent to the city Human Relations commission that to decide the finalists and semi-finalists.

From there, contestants will have the opportunity to present their work to the judges of the Human Relations Commission where they will be judged for the last time.

There are money prizes and the individual that wins best of show gets $500. Middle school students that participate don’t get any sum of money, unless they win best of show, but they receive a grant.

The contest has a growing impact on the students and staff and helps us to think about different aspects of life.