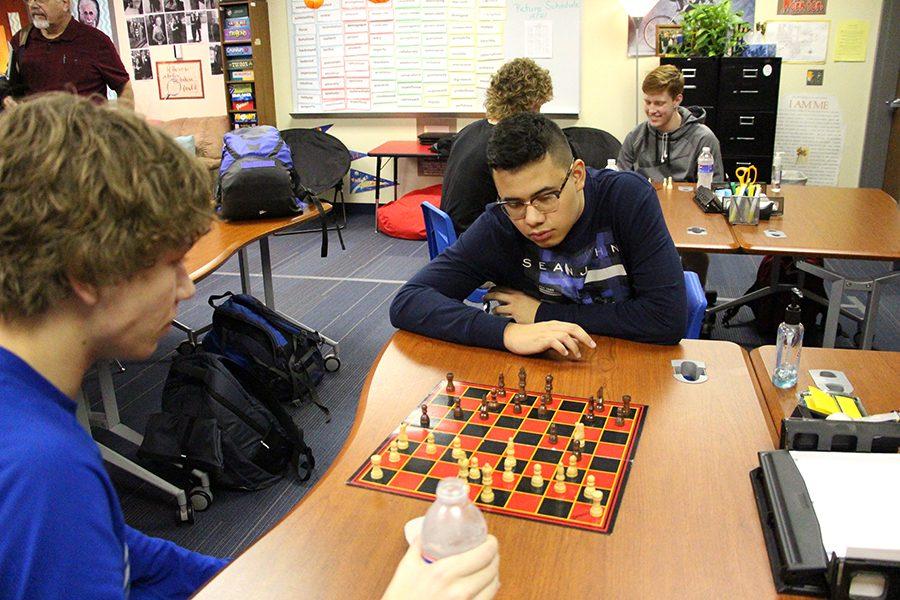 Although the student Chess Club is a staple of most high schools, there was not one here this year. That is, until Jackson Schoep and Ben Heigele, sophomores, created their own.

The Chess Club is aimed at people who are both new to the game and chess veterans alike. They are ready to teach and help those who need it, hoping to keep chess popular throughout the generations.

“We hope to encourage people to play the game and learn to compete successfully,” Heigele said. “We hope to begin holding competitions with other local chess clubs once enough people join.”

The biggest goal for the club is to increase the number of dedicated members at each meeting. The more members that join, the easier it becomes to teach the game. Schoep and Heigele have not yet been able to obtain a specific number of attendees, but they hope to have at least 15 students in attendance per meeting.

If students are interested in joining, Chess Club meets every other Monday in room 906 after school and is open to new members all the time.